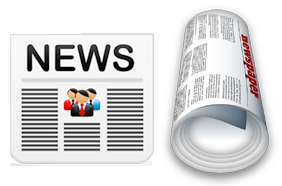 Stay up to date on recent announcements, product releases, news, and more

Date: 26 January 2021
HMRC have made an announcement relating to 2019-20 Self Assessment returns submission date (not payment deadline).

Please refer to this HMRC web page for details.

HMRC issues advice for customers impacted by Exclusions who are required to complete and submit paper return and also sends a reasonable excuse claim. All Self Assessment customers need to file their 2018-19 return, make a balancing payment for 2018-19 and their first payment on account for 2019-20 by 31 January 2020. Read More

From April 2020 HMRC will be changing its password rules in line with current Security best practice and guidance.
Read More

There are now only a few days left to the deadline for online submission of Self Assessment tax returns for tax year 2017-18 and to pay any tax due to HMRC by 31 January 2019. Read More

Due to HMRC's errors in tax calculation specifications, inaccurate SA302 calculations were issued for 2016/17 for some Self Assessment tax-payers. HMRC has issue revised SA302. Read More

Tax payers must inform HMRC promptly of any changes to their circumstances, dates and details of address changes to enable HMRC to apply the correct tax regime. HMRC will recalculate taxes and issues a revised SA302 based on information they hold. Read More

HMRC have confirmed the online services availability issue that occurred on 19th and 20th March 2018 has now been resolved.

HMRC have advised us that they are aware of HMRC Online services availability issues with the Live and the Test Services. HMRC are currently investigating this, and we will provide an update as soon as possible.

There are now only a few days left to the deadline for online submission of Self Assessment tax returns for tax year 2016-17 and to pay any tax due to HMRC by 31 January 2018. Read More

HMRC have identified issues in their tax calculation specifications for 2016-17 Individuals Self Assessment returns. These errors could lead to tax payers tax liabilities to be calculated incorrectly. Read More

Since 1 April 2011, for accounting periods ending after 31 March 2010, most organisations were required by HMRC to file Company Tax Return online using iXBRL format for accounts and computations. From 1 November 2017, HMRC will reject all returns with accounts or tax computations that are not in iXBRL format unless the Directions under SI 2003/282 allow otherwise or a dispensation by HMRC has been granted. Read More

HMRC have announced the withdrawal of Employer Alignment Submission (EAS) from 16 October 2017.
Any EAS submitted on or after 16 October 2017 will not be processed and accepted by HMRC. This will not impact any other RTI submissions.

Andica Payroll software version 2017 has been awarded HMRC's PAYE and Real Time Information (RTI) submission Recognition. The software can be used for preparation and submission of payroll data for tax year 2017-18 ending 05 April 2018.

This new version also includes a feature for calculation of Apprenticeship Levy.

A new version of Andica Payroll has been released. This version includes new legislative changes and enhancement to Auto Enrolment Pension calculations.

A new version of Andica Payroll has been released. This version includes new legislative changes and enhancement to Auto Enrolment Pension calculations.

Andica Payroll software version 2015 for tax year 2015-16 has been released. Pension calculation function of the software has been enhanced to include core payroll related functions of Automatic Enrolment.

A new version of Andica CT600 Software version 2014 has been released. This software support accounting periods to 31 March 2015.

All the above products have met HMRC's requirements for Internet Recognition.

New redesigned version of Andica Payroll software has been released for tax year 2014-15. Software includes all features from previous versions and provides many new features.

Microsoft announced a while back that they will not provide support for Windows XP after 8th April 2014 and cease to provide any technical assistance and automatic updates that help protect your PC. Details are provided on Microsoft website http://windows.microsoft.com/en-gb/windows/end-support-help

In the short term, Andica will continue to test the products on Windows XP SP3 which are fully updated with the final updates provided by Microsoft.

We encourage our customers to move to latest version of Microsoft Windows Operating System.

HMRC have confirmed that employers will still be required to maintain records for Pay As You Earn (PAYE) purposes and to show they are meeting their SSP obligations, should HMRC require them. Andica Payroll Software will continue to provide a feature to process SSP.

New versions of Andica SA Tax Returns software range for 2012-13 has been released.

HMRC are introducing a new penalty regime for incorrect tax returns which it claims will be a "simpler and more consistent penalty system for tax errors, under the new system if you take reasonable care to get your tax right, HMRC will not penalise you, even if you make a mistake...

HMRC have published the guidance on late filing penalties and enquiry time limits for self assessment returns. Any paper returns for 2007-08 received up until the end of Friday 31 October 2008 will not incur a late-filing penalty...

The new deadline for submission of self assessment tax returns for Individuals and Partnership business is fast approaching. Paper returns must be submitted by 31 October 2008 to avoid penalties, 3 months earlier than in previous years...

HMRC have issued a statement confirming problems with their online data validation system that could result into tax returns being incorrectly rejected when returns are submitted online...